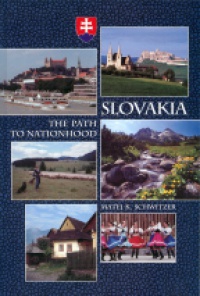 Slovakia: The Path to Nationhood

Matej K.Schwitzer is a descendant of an old family in Slovakia. The mausoleum chapel of his grandfather is in the village of Tepličky (near Hlohovec). He spent his early childhood in the village of Madunice. He is not a professional historian. He had studied chemical engineering at Prague Charles University and at University College,London. He is married to the historian Dr. Joan Schwtzer and they have four children. He used largely the academic methodology of research in writing this book, but his principal objective was to introduce the little known European Slovaks to the English speaking public.