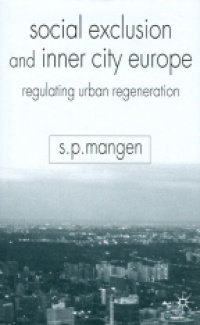 The searches by European Union major states for 'joined up' approaches to inner city regeneration are examined thematically through a focus on policy evolution since the mid-1970s. Key issues addressed include the physical, social, employment, and urban security agenda. The product of long-term research, drawing on extensive qualitative and quantitative sources at national level, backed by in-depth case study investigation of five large cities, the book assesses how contemporary urban rejuvenation is being regulated, including the increasing contribution of the European Union.