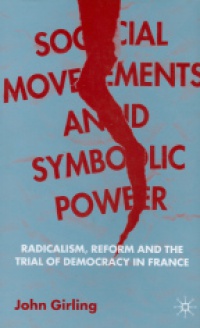 The important theories of Pierre Bourdieu and Alain Touraine, discussed in this book, seek to explain and resolve the 'crisis of democracy'. They start from a critique of structural inequality in political, economic and social fields - so much in contrast to democratic principles. But their theoretical perspectives and social conclusions diverge. Bourdieu insists on the radical overthrow of dominant institutions and their control of knowledge ('symbolic power'). Touraine advocates reformist cooperation as well as contestation between social movements and political institutions. Their different approaches provide compelling insights into the 'democratic deficit' of modern society, that is, inability to overcome the widespread discrimination affecting women, the weaknesses of the environmental movement, persisting educational inequalities and the precarious nature of work in a global economy.