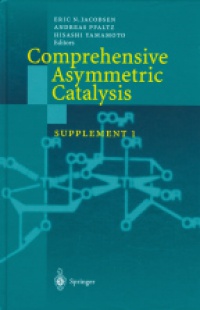 The first supplement to the three volume reference work "Comprehensive Asymmetric Catalysis" critically reviews new developments to the hottest topics in the field written by recognised experts. Eleven chapters which are already in the major reference work have been supplemented and additionally five new chapters have been included. Thus the state-of-the art in this area is now re-established. Together with the basic three volume book set this supplement is not only the principal reference source for synthetic organic chemists, but also for all scientific researchers who use chiral compounds in their work (for example, in biochemical investigations and molecular medicine) as well as for pharmaceutical chemists and other industrial researchers who prepare chiral compounds.
Written for:
Organic, synthetic, pharmaceutical, medicinal and biological chemists in academic and industrial research.
Keywords: