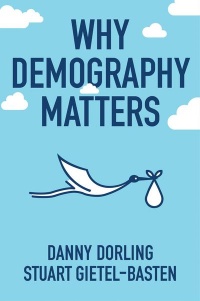 Pridať do wishlistu
Späť Tlačiť
Kúpiť
Demography is not destiny. As Giacomo Casanova explained over two centuries ago: 'There is no such thing as destiny. We ourselves shape our own lives.' Today we are shaping them and our societies more than ever before. Globally, we have never had fewer children per adult: our population is about to stabilize, though we do not know when or at what number, or what will happen after that. It will be the result of billions of very private decisions influenced in turn by multiple events and policies, some more unpredictable than others. More people are moving further around the world than ever before: we too often see that as frightening, rather than as indicating greater freedom. Similarly, we too often lament greater ageing, rather than recognizing it as a tremendous human achievement with numerous benefits to which we must adapt. Demography comes to the fore most positively when we see that we have choices, when we understand variation and when we are not deterministic in our prescriptions. The study of demography has for too long been dominated by pessimism and inhuman, simplistic accounting. As this fascinating and persuasive overview demonstrates, how we understand our demography needs to change again.